Thousands of flash frames (the defective, superimposed frames in between two different shots of an analogue film camera) from a discarded 35mm Russian film were superimposed onto each other ten times, un-framing their original spatiality and temporality into one noisy concurrence of time and space layers, in which nothing but pictorial traces, gestures, blur and darkness remains. 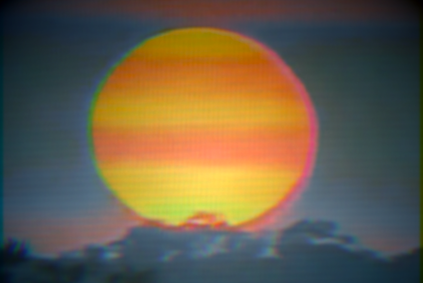